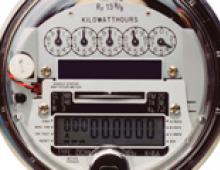 Assigned CPUC Commissioner Florio has issued an Amended Ruling and Scoping Memo. This second amended scoping memo calls for limited, additional prepared testimony to develop an implementable Mobilehome Park (MHP) master-meter conversion program consisting of a three-year, initial pilot that contains specified elements. The scoping memo recategorizes this rulemaking as Ratesetting and revises the schedule to provide for a Commission decision before the end of this 2013. This ruling discusses the procedural and substantive “next steps” to a proposed decision. Also, the memo clarifies that all existing MHP transfer programs remain in effect. There is no stay of current regulatory programs. This rulemaking has not stayed any of the programs that Commission-jurisdictional utilities have developed to implement MHP master-meter transfers under Pub. Util. Code § 2791 et seq. Those utility programs continue to remain available to MHP owners who seek to transfer existing master-meter systems to direct utility service. Utilities should continue to accept and process any applications tendered under the existing statutory framework. In Commissioner Florio’s opinion a proposal that is viable and ripe for consideration by the full Commission needs to include the following components:

A draft application was included in the Amended Ruling and Scoping Memo.  A revised schedule was also included which requires Initial Testimony be filed by August 19, 2013 and Rebuttal Testimony by August 30, 2013.  The Commission would act on a proposed decision by December 19, 2013.  The proceeding is also proposed to be changed from a Rulemaking proceeding to a Ratesetting Proceeding. This Rulemaking is linked on this page.