This page has additional content available for users with the following role(s): member. Login »
Overview

This was certainly a challenging year for the manufactured housing communities industry.

With remote lobbying, COVID-19 and a legislature that was generally not sympathetic to those who invest their own private capital into creating affordable housing for hundreds of thousands of Californians, WMA’s team worked hard to defend the ability of parkowners to continue providing safe and reliable homes for residents across the state.

While the last day of session saw the passage of several bad bills (AB 2782 and AB 3088 to name a couple), we were able to keep the vote margins relatively thin.

Andrew Govenar and I held scores of meetings with staff and legislators about these bills over the past several months and our entire team – including our Executive Director Sheila Dey, our regional representatives (Doug Johnson, Julie Paule and Jarryd Gonzales) and our volunteer legal advisors, Terry Dowdall and Paul Jensen to name a few – worked to educate members with accurate and factual information.

And while the results of the last night of session were disappointing, they were not necessarily surprising given the political dynamics of California.

AB 2782 (Stone, D-Santa Cruz) passed with 42 votes in the Assembly, this is the bill that was amended with the SB 999 (Umberg, D-Orange County) language, which was defeated in the Assembly Housing and Community Development Committee.

This “Jail Break” bill set a precedent in the Assembly by allowing a bill killed in policy committee to be inserted into another bill that bypassed the committee process to be passed on the Floor with a bare minimum of votes.  WMA and our allies (CMPA, the California Association of Realtors, and the Security Investment Company) worked this bill tirelessly, and that is a large reason the bill passed with a bare majority instead of a supermajority.  The park closure portion of this bill, while largely watered down, still has problems including requiring in-place value and other changes.

AB 2782 has already been signed by the Governor, Chapter 35, but it should face significant legal challenges in the Courts due to Constitutional issues involving the interference of private contracts along with other issues.

AB 3088 (Chiu, D-San Francisco) passed the Assembly with 56 votes, this is the bill that prevents evictions for non-payment of rent until 2021.  This measure was supported and co crafted by Governor Newsom.

AB 3088 has also been signed by the Governor and we will be reviewing the language and providing updates to our membership as we continue to work on figuring out how to comply with the legislation.

While the end of session was a difficult one, we need to remember that we were able to accomplish victories along the way.

SB 915 (Leyva, D-Chino) passed the Assembly with 41 votes, this is the bill that would have given renters up to 12 months to pay back rent and avoid evictions even if health and safety violations are the reason for evictions. We were able to hold it on call, by the time they secured the votes, it delayed enough time for the Senate not to be able to act in time.This measure failed because it was not acted on by the Senate before midnight yesterday.

This measure would have substantially conflicted with AB 3088, but it is irrelevant now, since the bill was not acted upon in time under the Constitutional deadline.

Additionally, the work of our members helped defeat AB 2845 (Limon, D-Santa Barbara) that would have prevented attorney fees from being awarded to parkowners involved in frivolous lawsuits against them.

Our members engaged on AB 2895 (Quirk-Silva, D-Orange County) that would have imposed a statewide rent control cap on mobilehome parks, and we were able to defeat this measure.

With the help of our members, we were able to defeat AB 2690 (Low, D-San Jose) that would have repealed the exemption on rent control for new construction.

This has been an unprecedented year for WMA as we faced numerous battles targeting our industry that provides affordable housing opportunities for hundreds of thousands of people in California.

While the last night of session was rough, our fight is not yet done.  In the coming year, we will continue to advocate for the interests of our members and work to preserve an industry that provides housing opportunities for hundreds of thousands of families in California.

Instead of reading of this information in the newspapers or on the Internet, I wanted to take this opportunity to let you know the results of the end of session mayhem.  The good news in all of this is that the Legislature is now gone for the year.

Newsline is published once a month by WMA. Reproduction in any form is prohibited without prior consent.

As you likely know, Assembly Bill 3088 (Chiu), the Tenant, Homeowner and Small Landlord Relief and Stabilization Act of 2020 passed the Legislature on August 31 and was signed into law that same night.  Because this was an urgency bill, the law became effective immediately.

What a week! WMA and CMPA lobbyists met jointly with numerous legislators and their staff via phone call in anticipation of both yesterday’s Senate Judiciary Committee hearing and upcoming hearings.

Yesterday, the Senate Judiciary Committee heard testimony on the anti-closure bill, AB 2782 (Stone). We want to share with members the latest turn of events relative to this bill.

The month of August will cap off one of the most turbulent sessions this state legislature has seen and the political antics appear to be far from over.

The Legislature reconvened this week to a state of upheaval and infighting between both houses, prompting several policy committees to be postponed.

In these final weeks, lawmakers also intend to make changes to the state’s labor laws – from workers’ compensation to paid sick leave – to provide employer protections for those affected by COVID-19.

Senate Pro Tem Toni Atkins also announced that the Senate has implemented procedures, which allow members to cast committee votes remotely from their district offices if certain conditions are met.

State lawmakers have announced a revised calendar for the remainder of session. Both the Senate and the Assembly will be returning to work in the State Capitol on July 27, but this is certainly subject to change, as conditions remain fluid in Sacramento.  There are approximately 700 bills left remaining (approximately 500 Assembly Bills remain and roughly 200 Senate Bills remain), and they must all be heard and voted on by August 31.

LEGISLATURE ON HIATUS DUE TO GROWING COVID-19 CASES AMONG LEGISLATORS, CAPITOL STAFF

Lawmakers were set to return from their summer recess this week; however, in light of the emerging cases of COVID-19 among lawmakers and capitol staff, both houses recently announced a revised return date of July 27.

In anticipation of this vote coming up, we distributed a detailed floor alert to all Senators and launched a VoterVoice campaign to the membership. Our thanks to everyone who participated. We are pleased with the overall response that the campaign generated.

Throughout the course of the week, WMA’s Government Affairs team continued to engage in discussions with legislative staff, sent a targeted floor alert, and enlisted the WMA membership to “take action” on SB 999 (Umberg) using the VoterVoice online campaign platform.  Thank you to all who have participated in this effort using our VoterVoice platform or our traditional “Red Alert” system.

Please click here to read more about the ACT from the Kentucky Manufactured Housing Institute.

“Between the stories I’ve heard from communities across our state and the extensive studies conducted on the costs of housing, it has become clear to me that we simply cannot achieve our ambitious housing goals without working to reform fees that are exclusionary and regressive,” said Assemblymember Grayson. “Today my colleagues and I have put forward a package to dramatically increase our housing supply, produce housing that is attainable for working families at all income levels, and ensure that fees being placed on new development are justified.”

Building a house in California is expensive. These new proposals would slash city fees

California Democrats unveiled on Monday a package of eight proposals that attempt to spur construction of new homes by slashing some of the fees that local governments charge for building permits.

Park residents and operators have become increasing frustrated that under current law there are no emergency provisions to evict a tenant who poses a serious threat to resident safety.

Evictions for bad behavior are commonly dealt with as a substantial annoyance. However, today police reports reveal that offenses have become more egregious and even physically threatening.

PLEASE HELP US STOP THE SPREAD OF RENT CONTROL

Learn more by visiting us at: 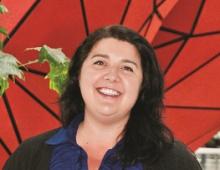 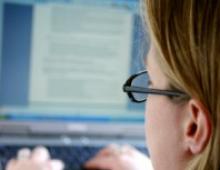 WMA’s new and improved online classifieds are a great way to bolster your employment or hiring efforts!